"I can find no words to describe just how frightening and infuriating this letter is. A private citizen objects peacefully to a proposed government action, and, as a result, is not only forced to appear before Congress to explain but also to be threatened with further burdens if he doesn't cooperate with the arrogant power-mongers on Capitol Hill."

"For the hedge fund industry . . . to take steps so actively in opposition to what is currently in the national economic interest is deeply troubling and will clearly have serious implications for the rules by which we operate in the future if this posture of obstruction of our efforts is maintained. We very much hope you will be able to tell us very soon that you have reversed your position of trying to obstruct . . ."

As I read this I was reminded of a recent speech by MARK STEYN in which he said:

MY REMARKS are titled tonight after the words of General Stark, New Hampshire's great hero of the Revolutionary War: "Live free or die!" When I first moved to New Hampshire, where this appears on our license plates, I assumed General Stark had said it before some battle or other—a bit of red meat to rally the boys for the charge; a touch of the old Henry V-at-Agincourt routine. But I soon discovered that the general had made his famous statement decades after the war, in a letter regretting that he would be unable to attend a dinner. And in a curious way I found that even more impressive. In extreme circumstances, many people can rouse themselves to rediscover the primal impulses: The brave men on Flight 93 did. They took off on what they thought was a routine business trip, and, when they realized it wasn't, they went into General Stark mode and cried "Let's roll!" But it's harder to maintain the "Live free or die!" spirit when you're facing not an immediate crisis but just a slow, remorseless, incremental, unceasing ratchet effect. "Live free or die!" sounds like a battle cry: We'll win this thing or die trying, die an honorable death. But in fact it's something far less dramatic: It's a bald statement of the reality of our lives in the prosperous West. You can live as free men, but, if you choose not to, your society will die.

It seems to me this letter by members elected to Congress is an affront to liberty and to our Constitution, and especially to the First Amendment, which is thought to be part of our so-called "Bill of Rights." Perhaps there are so few citizens today who can be as infuriated and frightened as Professor Boudreaux (and I) by this letter that we should indeed suspect that our society is choosing more and more often not to live free. Our ability to prosper in the future seems more and more threatened these days. It seems to me that more of us should want to obstruct such efforts by those in Congress who seek to use government's power to silence those with opposing views. "LIVE FREE OR DIE."
Posted by Larry Eubanks at 6:08 AM 1 comment: 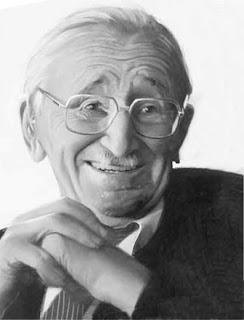 “The 20th Century looked for many decades as if it were going to be the century of collectivism .. Anyone who would have predicted the reversal of this trend .. would have been considered mad just a dozen years ago. Innumerable factors led to [the reversal of the rise of collectivism], not the least of which was the bitter experience of seeing ‘rational planning’ degenerate into economic chaos and Utopian dreams turn into police-state nightmares. Still, it takes a vision to beat a vision .. An alternative vision had to become viable before the reversal of the collectivist tide could begin with Margaret Thatcher in Britain and Ronald Reagan in the United States. That vision came from many sources, but if one point in time could mark the beginning of the intellectual turning of the tide which made later political changes possible, it was the publication of The Road to Serfdom by Friedrich A. Hayek ..”.

Posted by Larry Eubanks at 12:19 PM No comments:


I found this at Greg Mankiw's Blog.
Posted by Larry Eubanks at 5:59 AM No comments: